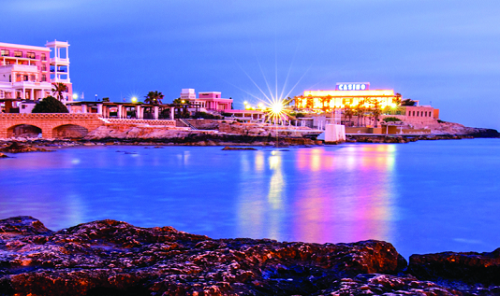 Casinos have already been in existence for several centuries. In the time that they have been around, they have managed to establish themselves as a leading form of entertainment all across the world. However, it is so easy for us to all get so caught up in the bright, flashing lights and exciting sounds of a casino that we don’t often think about the origins of the casino or how long it has been around for. In fact, many of them actually have quite an interesting bit of history attached to them. Dragonara Casino is one such casino. Take a look at how it came to be below.

The Origins Of The Name

Dragonara Casino is located in a palace of the same name. This palace is based in St Julian’s, Malta, and was built in 1870 with the intention of being used as a holiday house for a prominent family, the Sciclunas.

The name of the Dragonara Casino is one that is drenched in legends and folktale. Because the palace is built on Dragonara Point, the palace and subsequently, the casino were named after it. According to old tales, the point was so named because it is believed that a dragon lived there. Every now and then, its roar could be heard. However, modern day theorists believe that this sound was not necessarily the roar of a dragon, but rather the sound of waves smashing against the rocks, coupled with the wind’s howls. Furthermore, it is said that smugglers spread the tale of the dragon’s roar to prevent other people from venturing to the Point.

Apart from serving as a summertime holiday home for the Scicluna family, the building was also once used as a hospital for officers injured during battle in the First World War. After that, the Scicluna family once again opened their home up for use as a safe haven for roughly 100 refugees during World War II.

However, about two decades later, on 15 July 1964, Dragonara Casino was officially opened. This was perfectly timed, as the nearby region of Paceville was transitioning from being a farmland to more of a hub for tourism. At this stage, Dragonara was the first official casino in Malta and contributed greatly towards helping establish it as a holiday destination.

By the 1990s, it was clear that the Dragonara Casino was only continuing on its path to success. It was then that an accompanying hotel, The Westin Dragonara, was built on the same grounds.

While the Dragonara Casino may have plenty to offer players and visitors in terms of history, it also has quite a bit to offer in terms of casino games. Players will be delighted to find that some of the world’s most popular, much loved table games like poker, baccarat and https://onlinecasinosingapore.net/roulette/ are staples at the casino, as are more contemporary, easy playing slot machines. There is plenty to choose from, meaning that there is likely to be something on offer for every kind of player.