Slot features have come a long way since the original classic slot games that are typically focused on winning combinations and may only offer a wild symbol or perhaps a small bonus game. These days there are classic slots that emulate the original slot machines and there are those that have some more features.

Five reel or video slots as well as 3D slots and progressives all have an endless possibility of slot features that may be commonly found or even unique to specific software developers or slot titles. As technology has advanced, so have the features.

Scatter symbols are common features. Most online casino slots games have scatter symbol that forms part of three different functions. The traditional scatter symbol does not need to appear in a specific combination but a certain number of them must appear anywhere on the reels to be awarded a scatter win. Scatters landing two, three, four or five times may also award multipliers that depend on the number of scatters. Scatter symbols are also used on various slot games to trigger free spins and other bonus games. Usually a minimum of three are required.

Very few slot games will not have at least a standard wild symbol which substitutes regular symbols to help make up winning combinations. Wilds may offer multipliers if used in a winning combination and they are typically the symbols that award the jackpot prize. 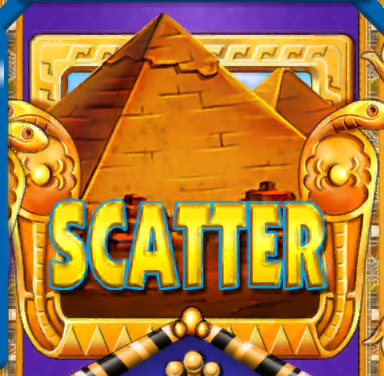 There are special wild symbol and wild features that enhance the wild symbol’s function. These include stacked wilds or expanding wilds where wilds fill up the reel ones has landed on. Sticky wilds where one will remain in place for a duration. Transferring wilds move to alternative reels and wild reels include an entire reel of wilds.

Scatter symbols and bonus symbols are usually used to trigger bonus games but some slots may have a different way to trigger them. Whatever the way is, bonus games are popular slot features that offer players free spins rounds, pick em bonuses, wheel of fortunes, random bonus games and interactive or immersive bonus games based on the specific themes.

An additional type of bonus game is the gamble feature which is common to slots. Some of these slot features are played with a unique game but they are typically played by guessing the correct colour or suit of a playing card. They allow winnings or part of winnings to be doubled or quadrupled.

Ways to Win and Reel Features

Some newer slot features include ways to win which is used in place of standard pay lines. These are typically 1024 or 243 ways to win where any matching symbol combination running from left to right pays out and no lines to be specifically selected.

Nudges, holds and cascading reels are features that are becoming more common on slot games. Nudges allow the reels to jiggle for the symbols to drop slightly. Holds are when either a symbol or reel is held for a re-spin and the cascading reels, otherwise known as tumbling reels, where winning combinations disappear allowing the symbols from above to drop down and perhaps produce more winning combinations.